Nearly everyone knows what Starbucks is––and what their offerings are––even if they’re not a coffee drinker. The Starbucks branding is regarded as one of the most recognizable, intricate and detailed of the top ten most recognizable company logos. Seeing as the logo is so complex, the branding lends itself to experimentation. Various studies have been executed in which a number of people were challenged to recreate the Starbucks logo, in which they all failed to successfully reproduce.

We decided to run our own Starbucks logo experiment here at the Wildland/BrandCraft office. The experiment began after our daily morning meeting. Anyone who brought in a beverage from outside the office was told to place it out of sight. Each participant was equipped with a Post-It note, a sharpie, and a time limit of 10 minutes to recreate the Starbucks logo.

The BrandCraft and Wildland teams hunker down with Sharpies in their hands and a vague memory of the Starbucks Siren in their heads.

We’ll get back to the results of this experiment by the end of this post. For now, let’s focus on a few design principles that Starbucks has been using––that work––despite the complexity of their branding.

Starbucks places emphasis on its green branding, which cultivates feelings of vitality, health, growth, fresh and calm. The green feel translates both literally and figuratively across, not only their marketing imagery but also within the physical stores. This makes Starbucks an oasis you can continue to depend on time and time again for their styling and amenities.

The Starbucks logo is everywhere. From your drive to work in the morning, to the moment you browse your Instagram feed, the logo is prevalent. The coffee company has made sure to place their logo on anything and everything they possibly can. Nowadays the word coffee is synonymous with the famous Starbucks siren. Starbucks repeats this method within their graphics, ensuring brand familiarity among its consumers.

The final principle of design to take note of is how well Starbucks executes the use of whitespace. They allow their graphics to breathe. The empty space feels clean and organized. It also plays a role in allowing customers to clearly see what Starbucks is trying to display, or (again) emphasize. The details of their high-quality photography juxtaposed against the relief of large blocks of whites prevent against mental fatigue––which is the very thing that their product is designed to do as well! 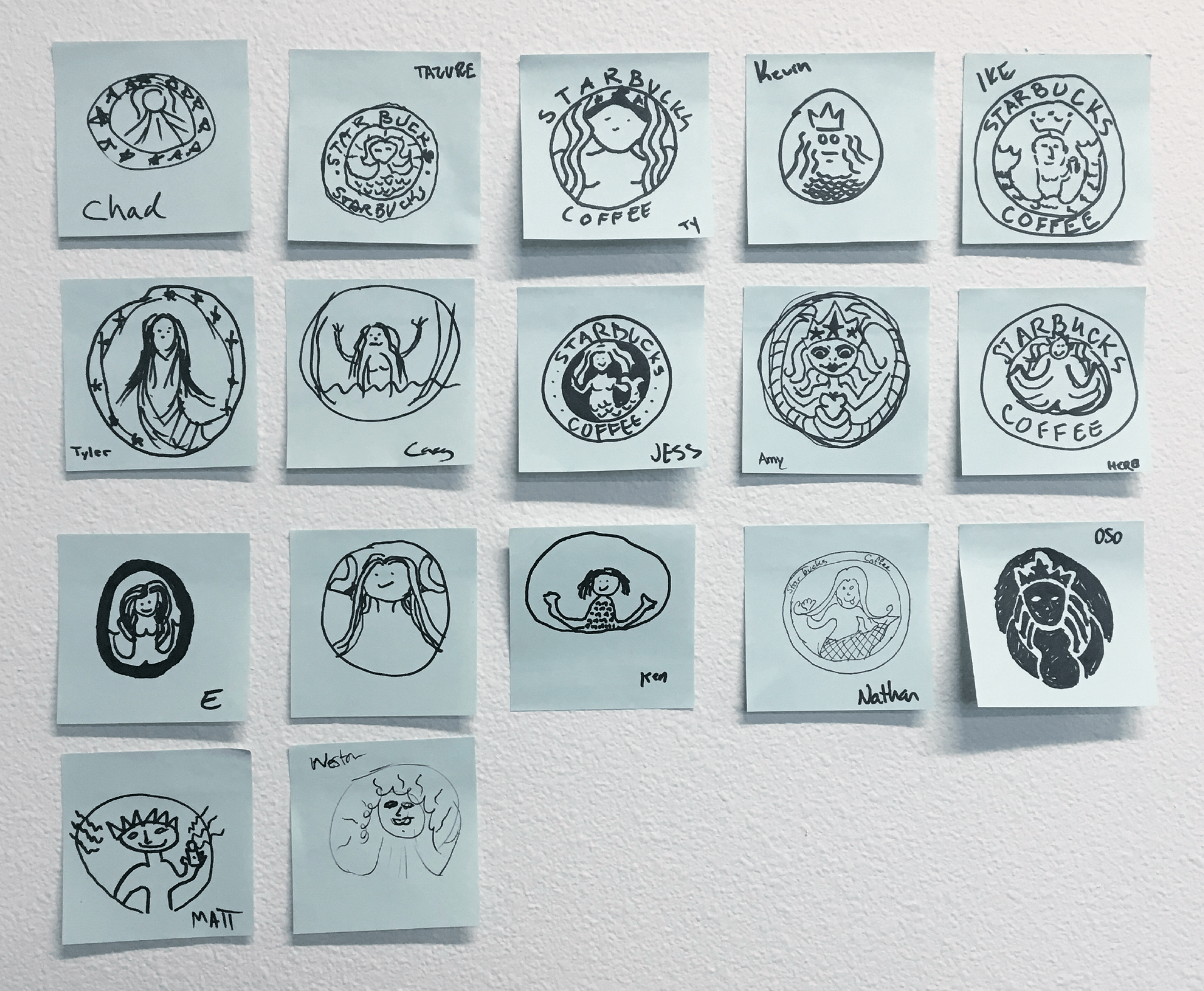 Starbucks has a highly recognizable brand, even if its customers can’t always quite remember what the logo looks like. Our office was no different. Our team members tried their hardest to recreate the Starbucks siren, only to present what looked like hilarious blobs of ink in an approximate fishy, feminine form. A few even described their artwork as ‘predator-like.’

One drawing did, however, stand out above the rest. BrandCraft designer Jessica Miracle was the clear winner in our challenge. It seems as though Starbucks made its mark on her memory after all! 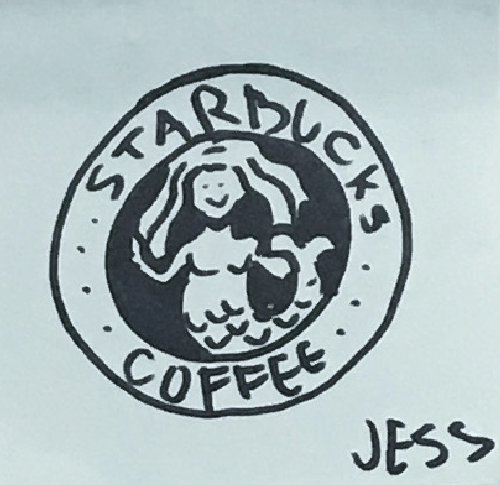