The Impact of Apple iOS 14: What Does It Mean for Digital Marketers? 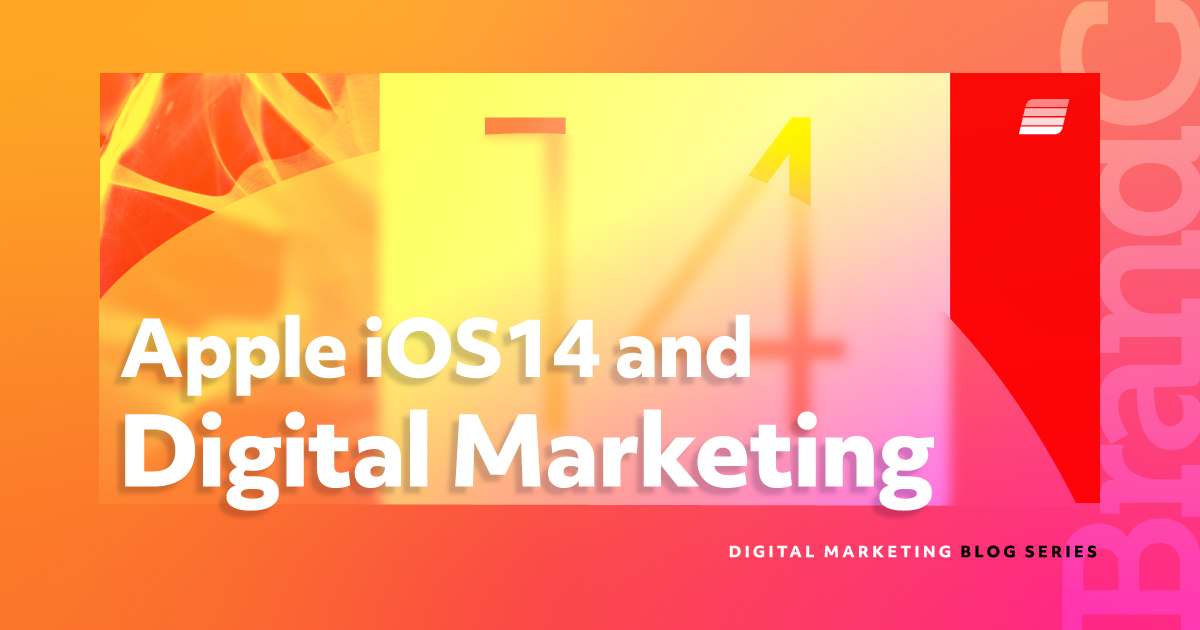 So, what is the impact of Apple iOS 14 on marketers?

The Main Impact of Apple iOS 14

Apple is advocating for more transparency with their users. This is in regards to information that many apps use to create a more personalized advertising experience. The new privacy policy that Apple is releasing, called App Tracking Transparency (ATT), will require app developers to gain user permission before tracking their data across apps and websites owned by other companies.

Apple users will also be able to access a list of their current preferences in their settings and have the ability to change their preference for a given app at any time.

Currently, advertisers and marketers can target people directly. This is done with remarketing lists or cross-channel with ads and brands that users have previously interacted with. This data is gathered through an Identifier for Advertisers (IDFA), which Apple uses to track without revealing any personal information.

Currently, it’s an opt-out model, allowing Apple users to prevent apps from using IDFA data in their settings. The new model will be an opt-in model so, Apple users will have to agree to make their data accessible. This is by either accepting or declining the pop-up notification that will appear upon entering each app that uses IDFA.

How iOS 14.4 Will Change Marketing

The ability to use IDFA is fundamental to personalized advertising to Apple users. If people agree to allow app developers to use Apple IDFA on the iOS 14, things will stay relatively the same in terms of the types of ads they will see.

However, given that opt-in strategies often have less participation than opt-out strategies, marketers can expect to see changes in the way they receive information and, in turn, target consumers.

The IDFA iOS 14 settings allow for audience segmentation, ad targeting, measurement, attribution, and privacy choices. Without IDFA enabled, it’ll no longer be viable to create strong remarketing lists that go cross-channel to follow a consumer through their journey.

It’ll also become more difficult to report specifics on the type of demographics leading to conversions. Plus where to accurately attribute conversion success. Because of this, the last-click attribution method is likely to be the most dependable model marketers should use in a predominately IDFA-free world.

Unsurprisingly, most platforms that rely on IDFA for advertising data were less than thrilled to hear about Apple’s new policy. Facebook and Google have both voiced opposition to the new policies. Each company worries that many iPhone users will opt out of tracking.

Google is attempting to combat this by halting the use of IDFAs in their Google apps, such as YouTube and Maps. One advantage in this aspect is most of their users stay signed into their Gmail accounts when using their apps, allowing ads to remain somewhat personalized.

Google will still have to stop using third-party data to comply with Apple. Regarding iOS 14, Facebook has been the most vocal opposer thus far. They have even urged users to opt into the policy. Facebook will rollout test prompts. These tests will appear similar to the notification Apple will require before Apple releases the update to test user engagement and reaction.

Apple CEO Tim Cook responded to criticism from Facebook to the European Computers, Privacy and Data Protection Conference. He said, “Technology does not need vast troves of personal data, stitched together across dozens of websites and apps, in order to succeed. Advertising existed and thrived for decades without it. And we’re here today because the path of least resistance is rarely the path of wisdom. If a business is built on misleading users, on data exploitation, on choices that are no choices at all, then it does not deserve our praise. It deserves reform.”

The impact of Apple iOS 14 in marketing is huge. But if we take the right approach, we can reduce the effects on advertising. We agree with Cook that advertising is resilient and we, as marketers, will pivot to these new policies.

This will not be the be-all and end-all of mobile marketing. Yet it will present some challenges when adjusting campaign tracking and optimization as they’re enacted.